skip to main | skip to sidebar

It's impossible to write about hlavní nádraží, or hlavák as the Praguers call it, without mentioning the people. The station is a confluence of visitors and locals, the transient and regulars, though who is who is usually a matter of perspective.

I take a bench to the right of the central stairs. Opposite there used to be a newsagent. Now, there's a burger-store and its smell fills the upper hall. The first thing I notice about the people is how straight they walk, regardless of speed. As I tend to meander, often stopping to check out some incidental object or event, I am surprised that most people keep to a straight mental track. Even the woman in the painfully fashionable boots, her feet forced almost vertically straight, doesn't teeter.

This direct movement is all I can see that people share. Otherwise it is a mix of age, social background and I can only assume nations. And it is this blend that makes the place seem ordinary and is it this ordinariness that leads so many friends and acquaintances to be disappointed with Prague, that the city is too far from their lustrous, or dark, presumptions. As I remember one friend opined "Prague is just another international city." An understandable lament when you're passing through. But I'm happy to forsake some "authenticity" if it means meeting different people or finding decent wine, food and other comforts.

Beside me two teenagers chat. The guy is angle toward the girl. The girl is facing forwards but regarding him askance. He's offering her some cola and she's adamant that she doesn't want any. Health food advocates would cheer. Most of the conversation is a verbal tennis match of direct questions and answers, returned short and sharp. It reminds me of a conversation class, and I think they're both going to play the distance. I don't have the patience.

I head to another knew addition, another Potrefená husa. I take a table by the door and watch the action. It seemed to be a poorer choice. The people maintain their determined private routes, but there's little else. A bad afternoon. I've seen so much here before. People shooting up. Punks wiling away the hours. Working women soliciting customers. People dressed for medieval battles.

A man comes into the pub. He hasn't entirely lost the face he had as a boy. His eyes seem mildly bemused as though this his first day out alone in the big smoke. Along with this there is the caution people have before experience clocks up. He catches me studying him and gives a perplexed, though not threatening, look, I guess the journal I'm writing in isn't so alarming, if only a little odd.

An older woman enters not long after. She smiles at me when I notice her. It's the first time this has happened while doing this blog. The usual reactions a more like the man's. I hear her order Modrý portugal, a variety of grape and the name of the wine made from it. Of course, she's getting the wine. G. and I had a fantastic bottle of St Martin's Modrý portugal last week. I think I'll end with this little coincidence.
Posted by Closely Observed Train Stations at 09:41 No comments:

There might be more of me than usual in this post. I'm looking at the station through the grainy visors of the sleep deprived. But that's another story.

Aficionados of main train station's past may be disappointed by what they find. The herna bar on the top concourse - gone, the old scummy toilets - gone, the Fornetti shop - gone, the right side of the building - gone. Actually, they've been gone for a while but it's taken me this long to get to he station, which is currently being refurbished.

One thing about construction is that it brings out people's creative side. I'll miss these pics when the panels are removed. I wonder who will get them. 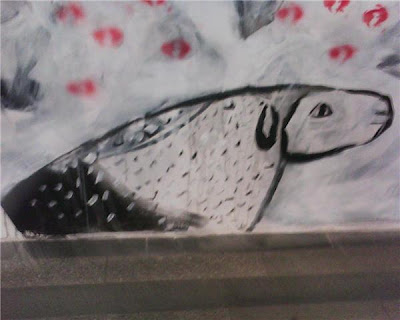 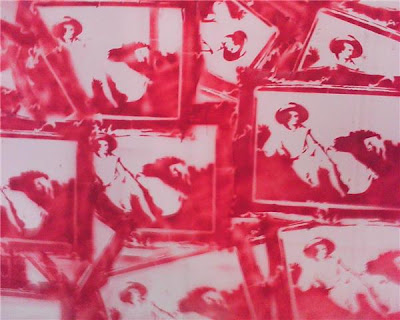 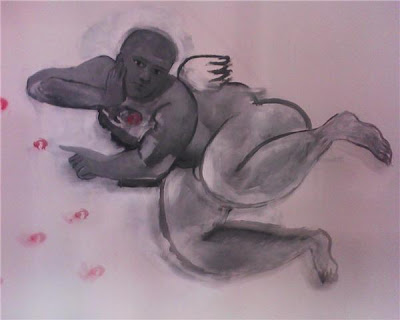 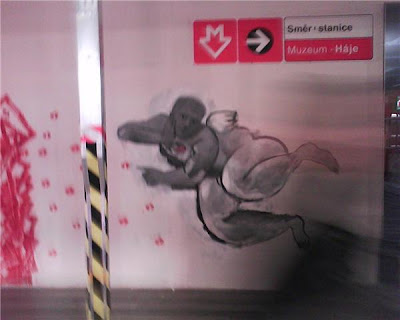 One benefit of these changes is the bookstore. This is the first time I've been inside. Usually, I'm in a rush to get my train or I want to avoid an impulse buy. Today, it's research.

The first book to grab my attention is a book of Nohavica's songs translated into English. I'm a little skeptical about this. I'm not so well versed in Czech that I would say the translation would lose some of the meaning. However, I am disappointed by the loss of mystery. I felt that the magic of his lyrics was something granted to those who took time to learn the language. I can see that I might be guilty of the more Bohemian-than-thou attitude a friend of mine accused other expats of demonstrating. At the same time, it would be a pity for Nohavica to become slotted into mass convenience, which is the fast track to mass indifference.

Beside that book is something by Jiří Gruša's Instructions to Czechia. His The Questionnaire is one of my favourite Czech novels. I was drawn to how rooted it seemed despite the imaginative flights. Again, this is an outsider's opinion and one no doubt formed from reading it here and so knowing the places before reading about them. His Instructions looks amusing and is something to add to my list of books I will try to read in Czech.

One book which everyone knows is Švejk. though I've read it a few times, I stop to flick through the large hard-cover edition. This one is illustrated by Petr Urban. Though Lada may have given us the definitive Švejk, there's something about Urban's scrappy rendtion, which seems more fitting, less an icon and more human. On the back of the book is an illustration of the two Švejks meeting. It seems a perfect image of the old and new Czech I think as I go to get my train home.
Posted by Closely Observed Train Stations at 12:06 No comments: